*For the other guides to Bokor, watch the pages below.
Transportation to Bokor Mountain
Lok Yeay Mao Monument
Popokvil Waterfall

Wat Sampov Pram is the monastery which is situated on almost top of Bokor Mountain. 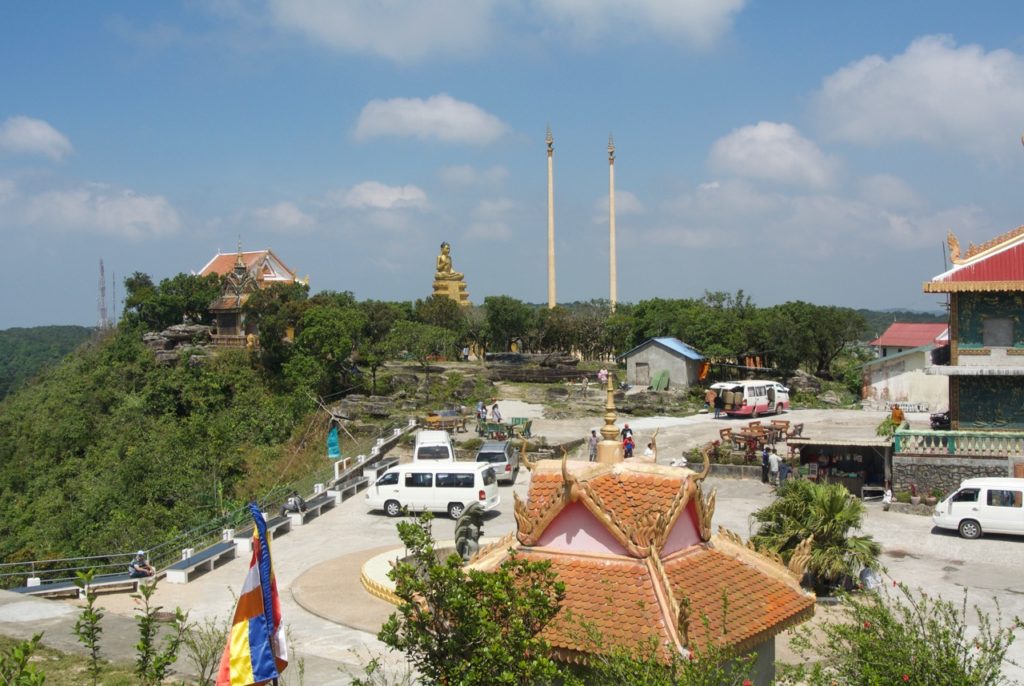 This monastery was built by His Majesty King of Cambodia in 1920s(French Colonial Era) as he thought of Buddhism.

It is not only famous as the best spot for beautiful scenery but also popular as spiritual Buddhism place for Cambodian people. 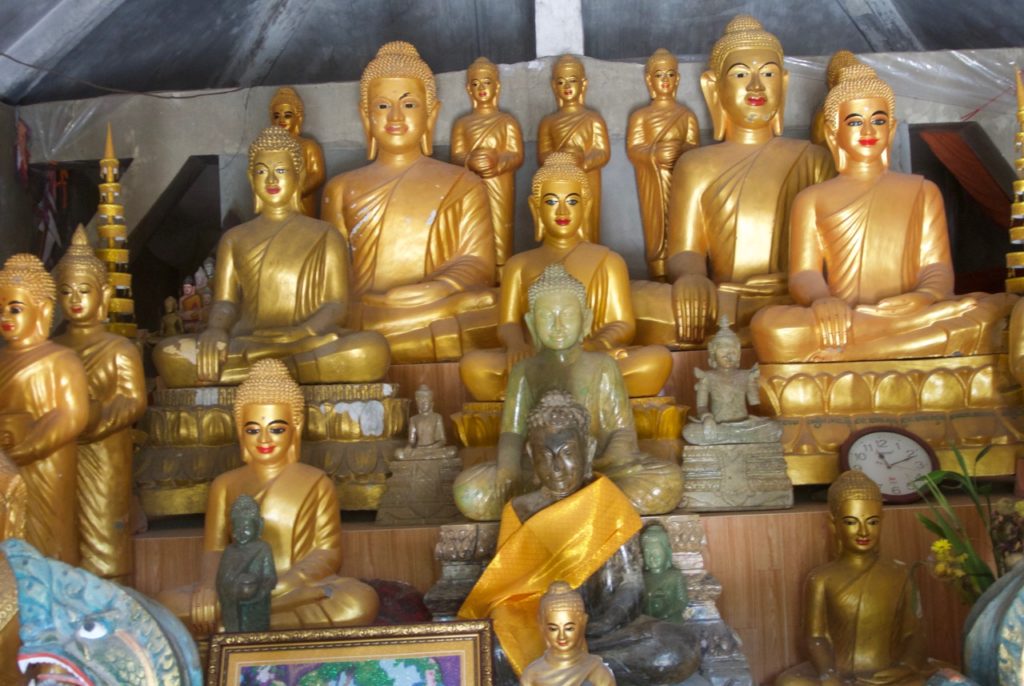 It comes from the five oddly sculpted rocks nearby resembled boats. The monastery was named  “Wat Sampov Pram(Five sailing boats monastery)” after the myth of Preah Thorng and Neang Neak. 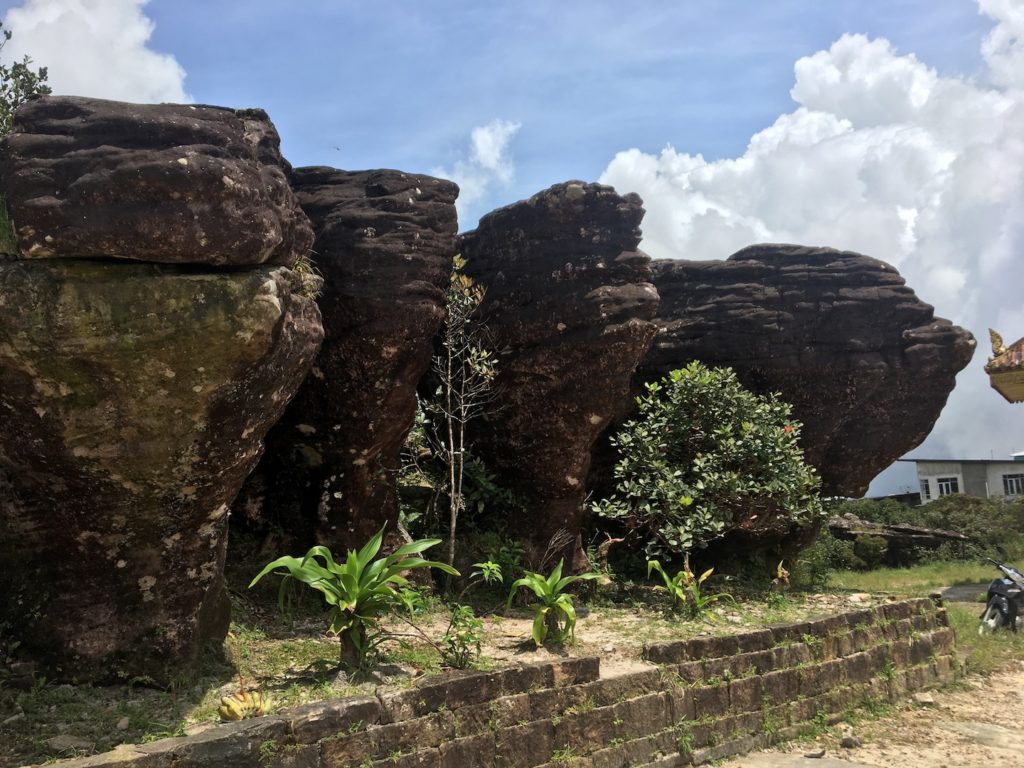 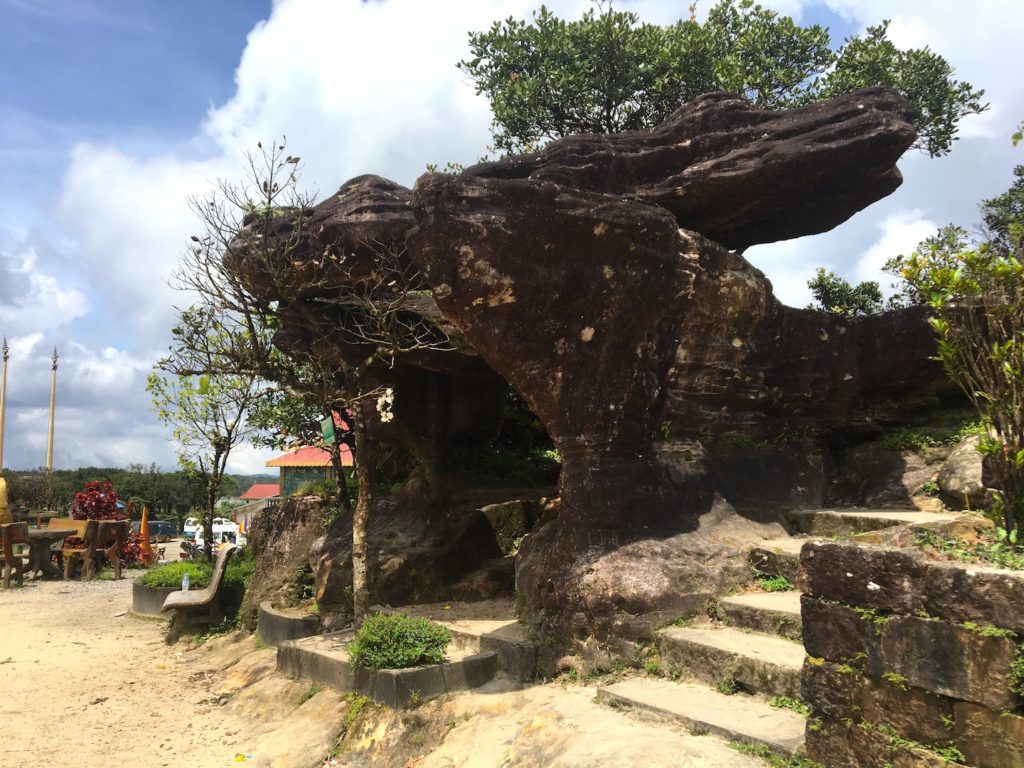 In the myth, the five boats were used by the Khmer prince Preah Thorng and Neang Neak(the princess of the world of naga) to carry properties and the servants from the world of naga to human world so that they can create the city. 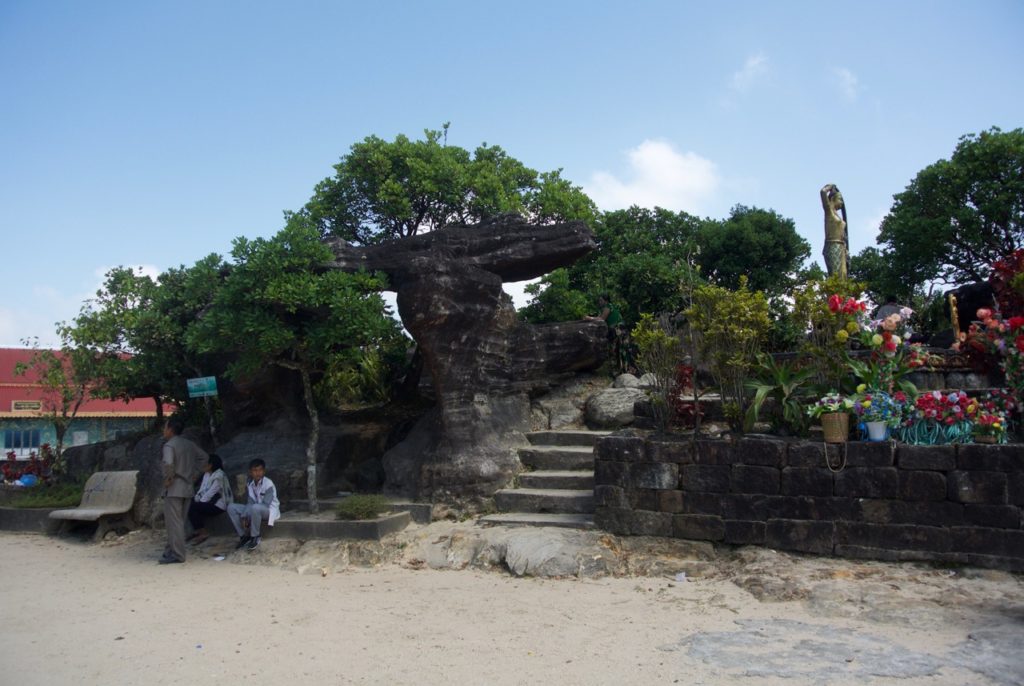 The five oddly sculpted rocks have been famous for Khmer people to feel something spiritual. 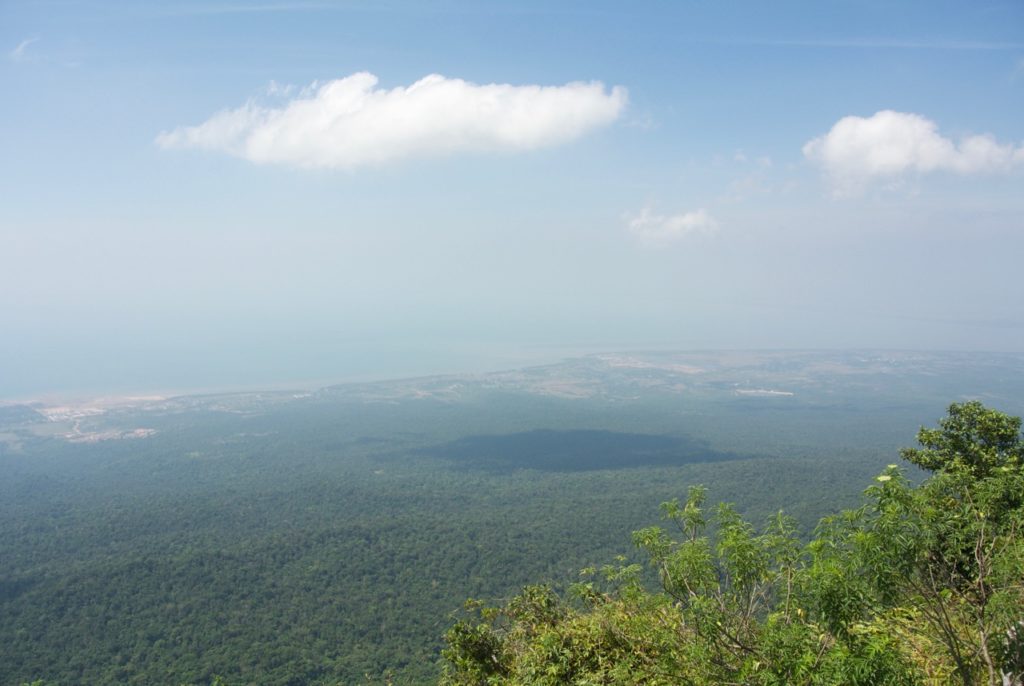 Behind the temple is a breathtaking view of the sapphire sea and emerald green jungle you will be amazed. 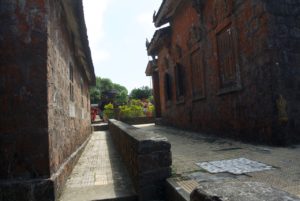 If you want some spiritual experiences, you must come to Wat Sampov Pram. Feel free to breath deeply on the top of the mountain and enjoy the one of the most beautiful scenery in Kampot.